Today marks the first day of Pride Month, a time to recognize and celebrate the achievements of the LGBTQIA+ community, to reflect upon the histories of resilience in the face of persecution and violence perpetrated against queer communities, and to expand our knowledge of LGBTQIA+ issues. Today we raised the Pride Flag in front of our campus to honor and celebrate the lives, advocacy, and achievements of the LGBTQIA+ community.

June 28, 1969, is a significant date in the development of what we now celebrate at Pride Month.  On this date, patrons and supporters of the Stonewall Inn in New York City staged an uprising to protest ongoing police harassment and persecution of what was then known as the gay community.  Marsha P. Johnson, a Black, trans, bisexual woman was a significant leader of the Stonewall uprising against police harassment—an uprising that would last six days.  “Many eyewitnesses have identified Marsha as one of the main instigators of the uprising and thus, some have recognized her as the vanguard of the gay liberation movement in the United States” (Anti-Defamation League/ADL). The Stonewall uprising sent a clear message that the community would defend spaces where LGBTQIA+ people could gather and be open about their identities without fear of harassment and arrest. “The Stonewall uprising marked the beginning of a movement to outlaw discriminatory laws and practices against LGBTQ Americans” (ADL).

According to the Library of Congress, “Lesbian, Gay, Bisexual, Transgender and Queer (LGBTQ) Pride Month is currently celebrated each year in the month of June to honor the 1969 Stonewall Uprising in Manhattan. The Stonewall Uprising was a tipping point for the Gay Liberation Movement in the United States. In the United States the last Sunday in June was initially celebrated as "Gay Pride Day," but the actual day was flexible. In major cities across the nation the "day" soon grew to encompass a month-long series of events.”

“Today, celebrations include pride parades, picnics, parties, workshops, symposia and concerts, and LGBTQ Pride Month events attract millions of participants around the world. Memorials are held during this month for those members of the community who have been lost to hate crimes or HIV/AIDS. The purpose of the commemorative month is to recognize the impact that lesbian, gay, bisexual and transgender individuals have had on history locally, nationally, and internationally”.

Attached are Zoom backgrounds, created by the Public Affairs and Communications Office.  You’ll notice that two of the Zoom backgrounds include the language, Napa Valley College Celebrates LGBTQIA+ Month.  The letters in this acronym stand for Lesbian Gay Bi-Sexual Transgender Queer Intersex and Allies or Asexual.  The “+” sign denotes that this list is incomplete and that there are more identities and orientations that are not included in the acronym, but which are to be respected and honored. Language, like culture, is a living entity that is constantly evolving to communicate the ideas, concepts, and realities of the historical moment in which it is being used.  The New York Times article, “The ABCs of L.G.B.T.Q.I.A.+“ by Michael Gold, discusses the evolution of terminology to refer to the wide range of gender identities and sexual orientations that comprise our world and provides a glossary of terms currently in use in academia, in social justice and human rights advocacy circles, and used by members of the LGBTQIA+ community to refer to themselves and their realities.  The article can be found here: The ABCs of L.G.B.T.Q.I.A.+ - The New York Times (nytimes.com)

LGBTQIA+ advocacy and educational programming at Napa Valley College has been ongoing for many years.  Below is a link to slides of a timeline of important moments in this social justice work at the college, beautifully documented and detailed by Heather Richter in the Office of Student Life.

Please take time during the month of June to educate yourselves about the history of LGBTQIA+ activism and culture, and to celebrate the courage, resilience, and beauty of the LGBTQIA+ community. 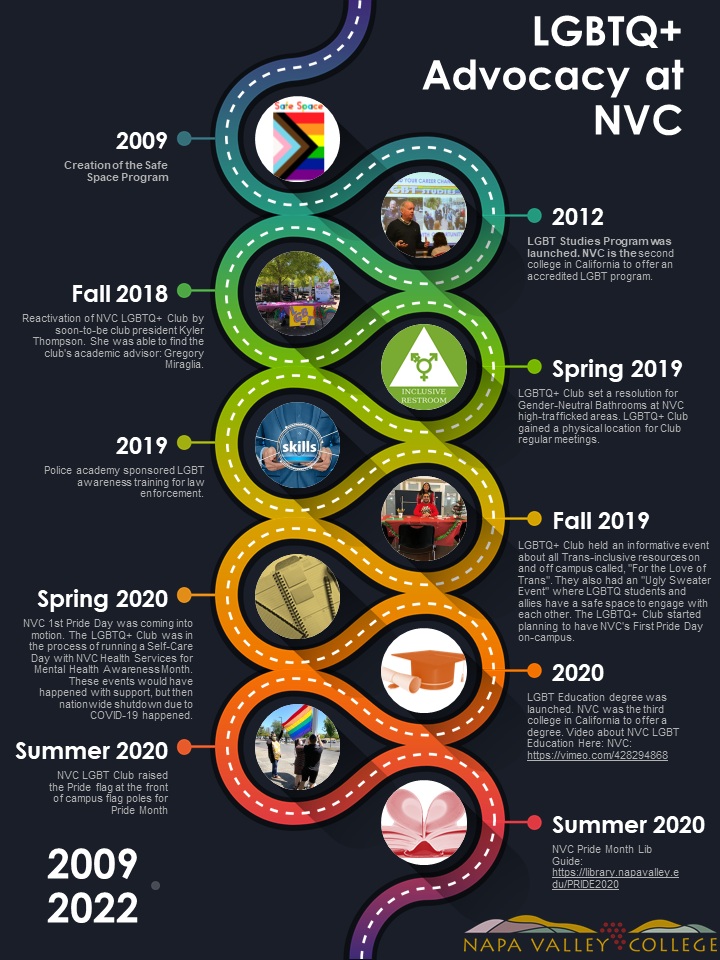 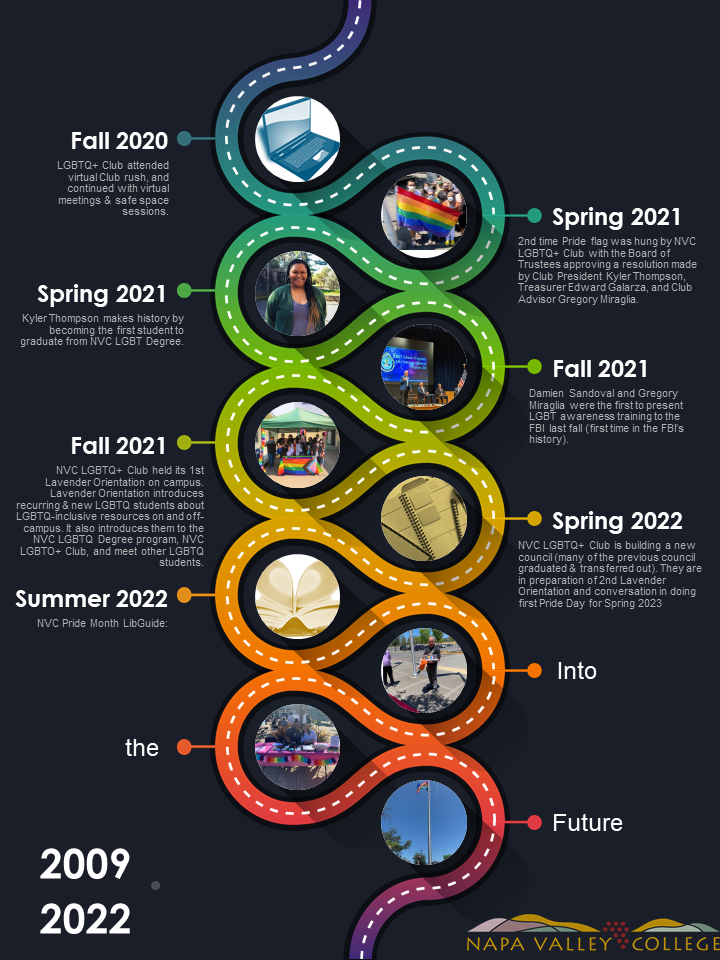 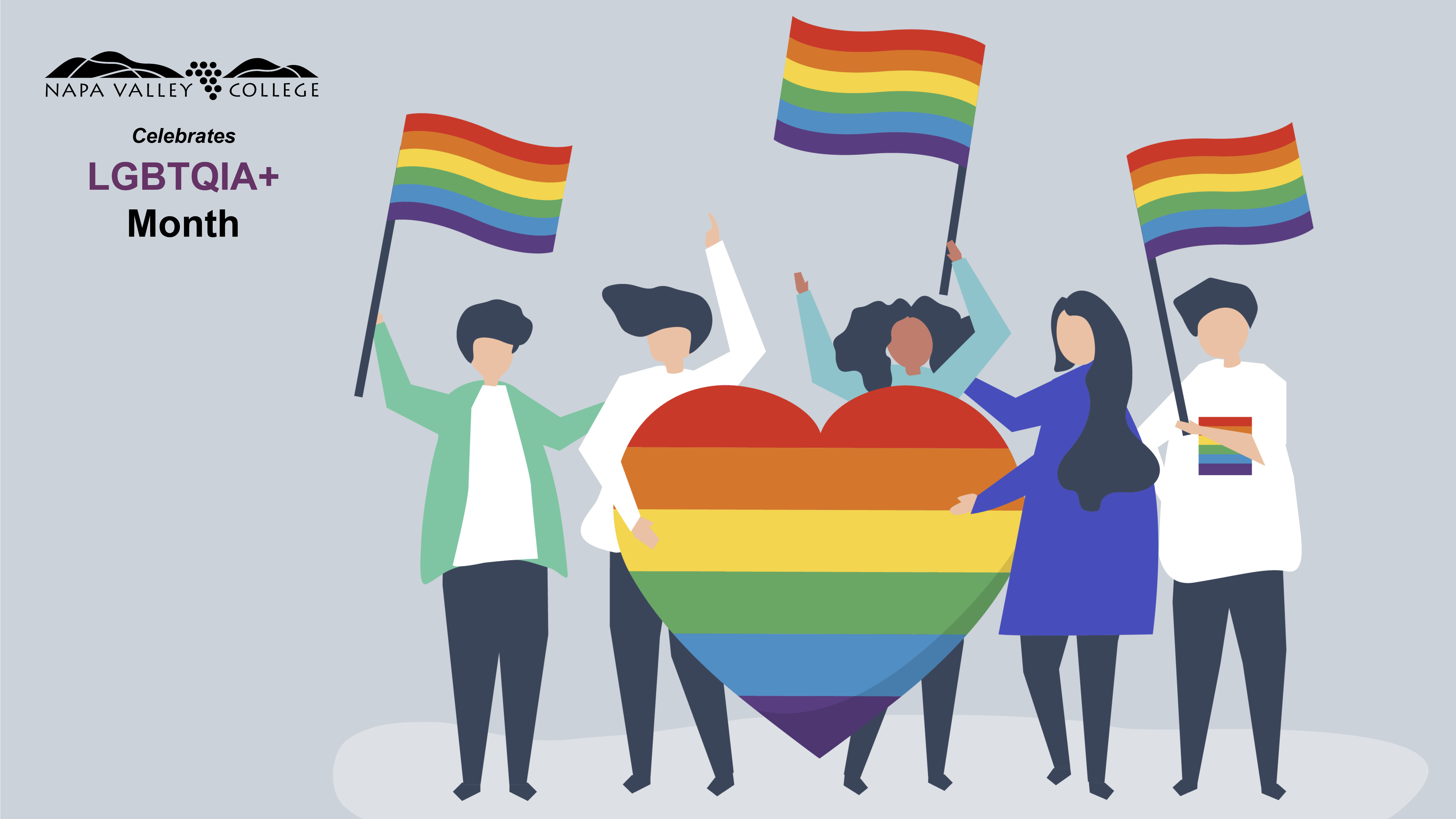 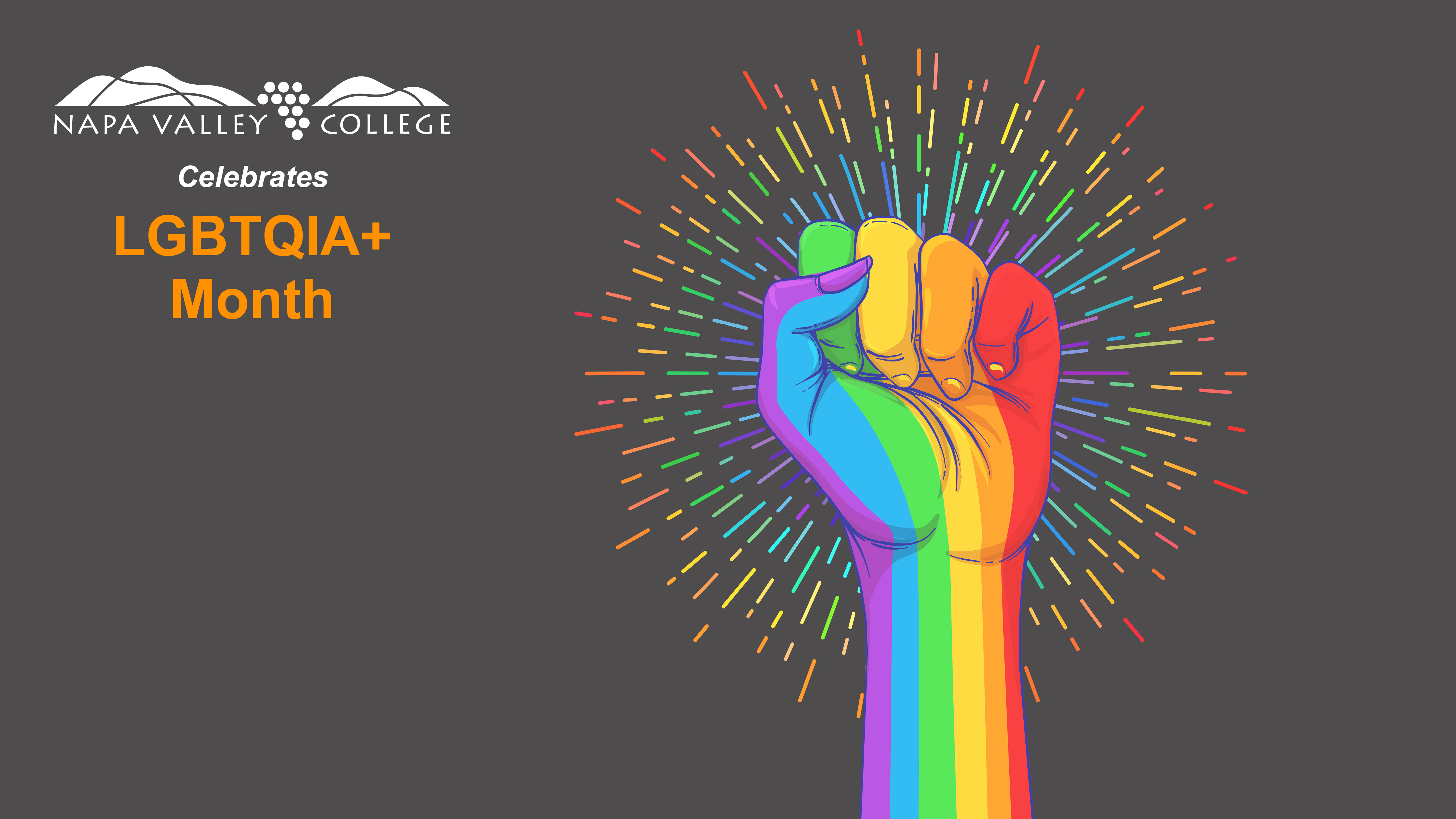 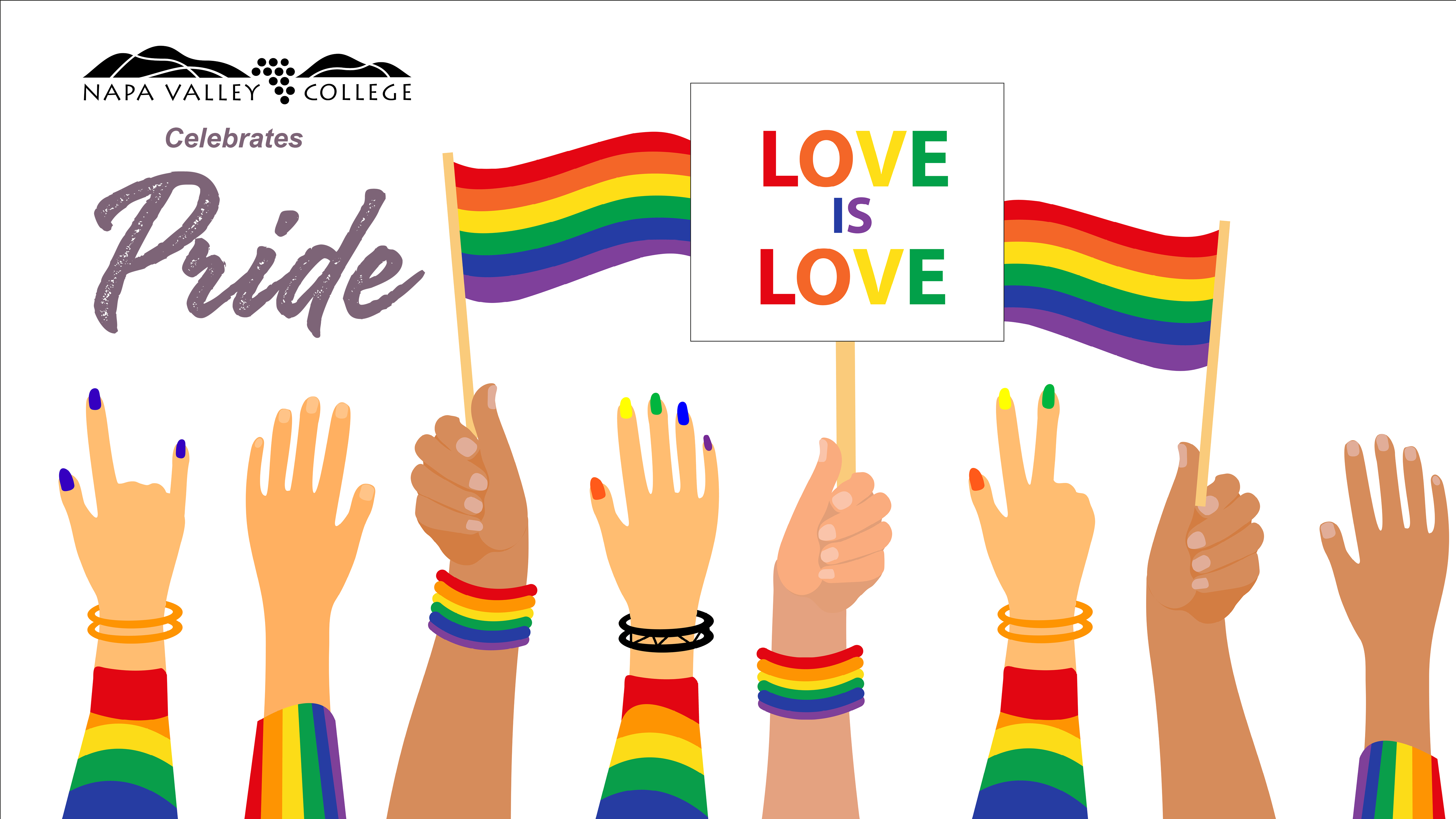 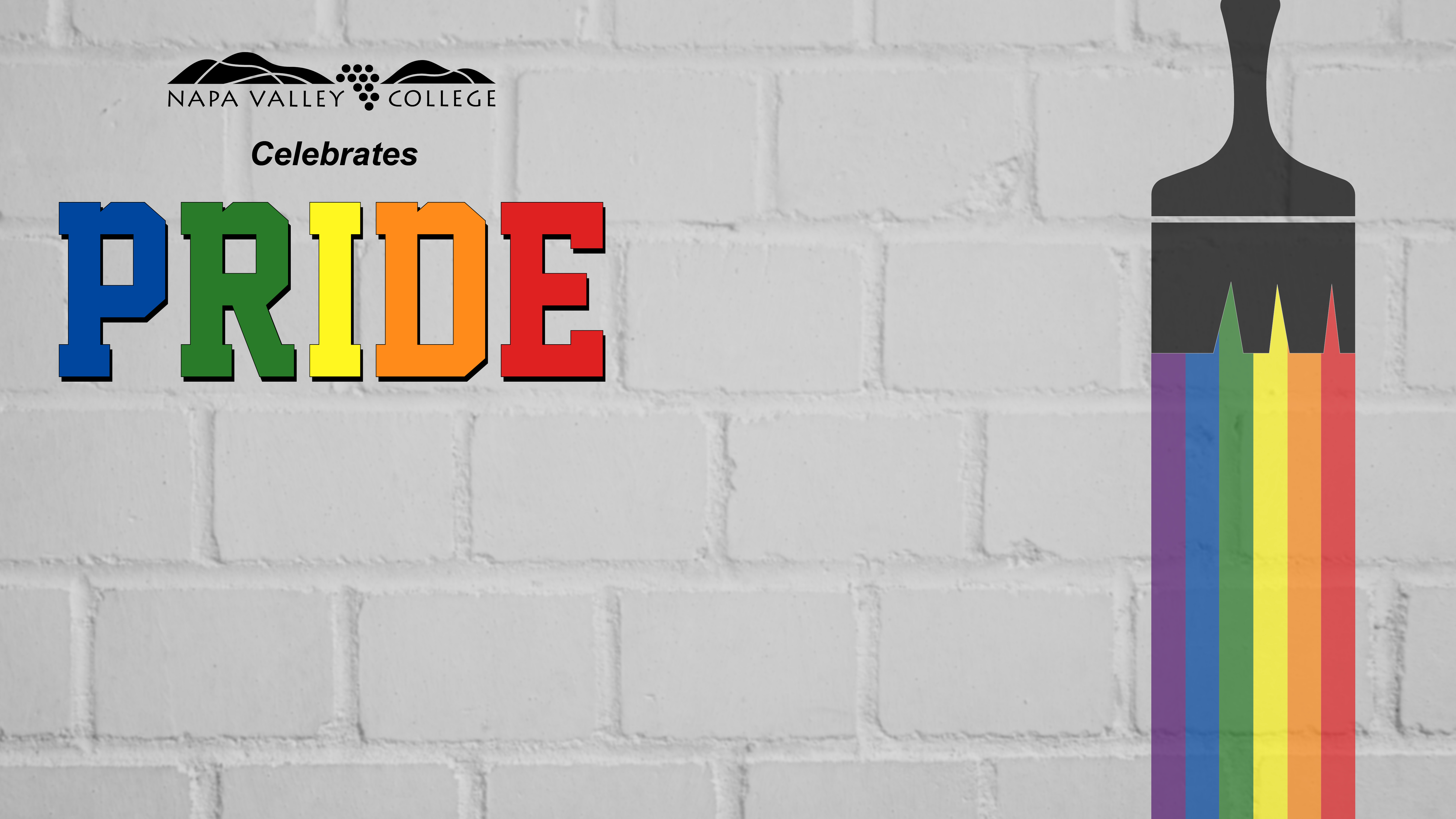